“People of the planet—give me your energy!” It’s time for the biggest DBZ game yet, bringing players from all over the world together for the ultimate battle. With a massive fighter roster, Battle of Z unites players in the worthy past time of beating the ever-loving tar out of one another with martial arts and energy blasts.

The game starts off with Goku on a simple mission to off some Saibamen. The action escalates during the next few missions, easing you into the mechanics of the game’s controls and strategy. The plotline runs like a streamlined version of the show’s premise, pitching the Saiyan-turned-Earthling and his band of (occasionally reluctant) friends into their fights against cruel born-and-bred Saiyan warriors, a blood-soaked space emperor, scientifically-grown abominations, a pink space-ravaging monstrosity and even the gods themselves! (And yes, all these baddies become unlockable after you kick them to the curb.) 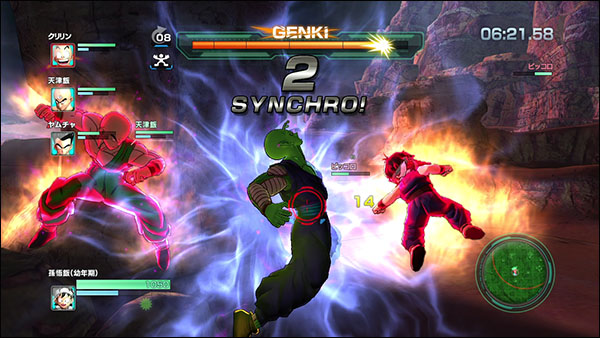 You can also bring an entire team along for backup on almost every mission. (Mine’s usually an entire team full of Krillins! Jeeeealous?) Usually you’ve just got to make sure said team makes sense in the story—for instance, you can’t add Yamcha to your anti-Freeza team. (Since, y’know, he’s dead at the time.) Nor can you bring in Cell to help Goku fight Majin Buu, though that would be epic. (Since, y’know, Cell’s also dead, and irredeemably evil.) Thankfully, duplicates aren’t a problem—maybe Dr. Briefs invented a convenient cloning device?

Of course, do make sure you unlock plenty of villains too: many solo missions involve taking the bad side in a fight! These awesome reverse-perspective missions are much less restrictive about who you can bring—pretty much any baddie in the general story radius is a fair ally, which is great since these missions start appearing  pretty early on. Mission 18, for instance, puts you up against Goku, Vegeta, Gohan and Krillin who come with five retries. I used Freeza’s Final Form, two Jeices, and (via special in-box download) Goku in his Naruto Uzumaki Sage Mode Costume. 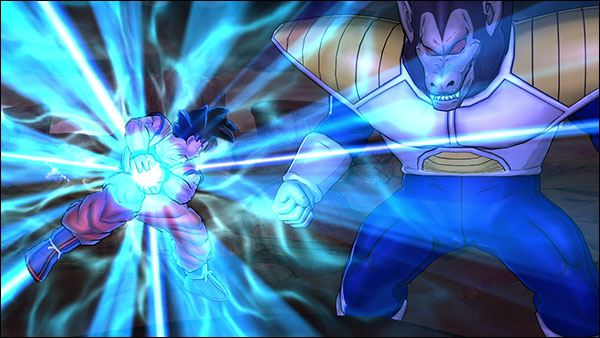 The battlefields can be pretty chaotic too, even with lock-ons. Maybe I’m just clueless with fighting games, but it was a little hard to keep track when there are at least four guys zooming around that you’re supposed to be pulverizing and three more guys who are helping you. To make things even more confusing, you actually do need to keep an eye on your teammates, since while you’re given a pool of retries for every mission, any KO on your side reduces that pool. In other words, all your opponent has to do is cream your weakest member repeatedly to win, so proper team balance is absolutely vital. Remember to always bring healers (a.k.a.  Support-Type characters), since they can share their energy and rescue a KO’d player before they cost the team a Retry. 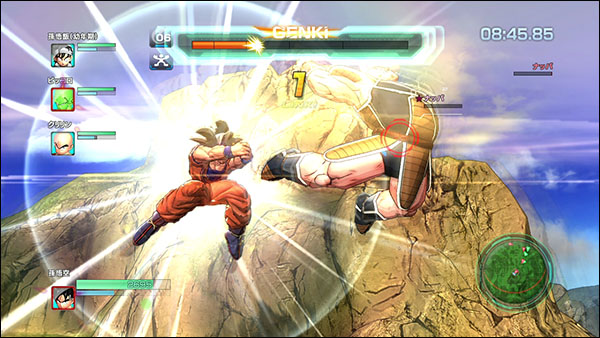 The good news is that you’re not alone. While skilled (and stubborn) players can actually beat the entire game by themselves, it’s advisable to bring in some flesh-and-blood reinforcements from time to time. Co-Op Mode lets you substitute AI fighters with actual humans to help you fight in-game missions. You yourself can volunteer to help other players conquer their missions as well.

BUT the real fun is definitely in Battle Mode. You can assemble the most elite team of fighters ever and have it out with another team on the other side of the planet. Be warned, however, that that you should probably keep it tame if your internet speed’s not that great—eight different people from eight different internet service providers fighting in the same digital battle can, believe it or not, make for a very laggy experience. 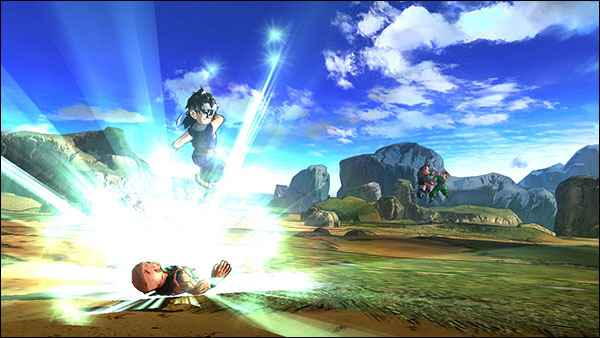 In the end, Battle of Z should provide hours of entertainment to fans of the series. DBZ is one of those anime that’s aged really well, and modern technology can at last give fans the feeling that they’re a part of the action. We can only hope that as the tech advances even further, DBZ will continue to see even more epic gaming incarnations as the next gen consoles take off.

Hint: If you’re out to get the best score on solo missions (which often lets you unlock a new character or stage) press Y (XBOX 360)/Triangle (PS3) to see where the bonuses stack up. Some missions have hidden or exclusive bonuses that can turn your D Score into an A or even an S!